We’re seeing a renewed push for Puerto Rico to become a state, which is only fair considering years non-representation and wanton acts of Mel Gibson. There’s also been an alternative push for total Puerto Rican independence, a push that’s now much weaker than the statehood movement. Puerto Rico’s probably perfectly fine with a fair chunk of Americans forgetting the independence movement ever existed, considering some of the ghosts of beefs past floating out there. Beefs like, oh, firing on the National Guard, opening fire in the House of Representatives, and, oh, trying to assassinate the President. 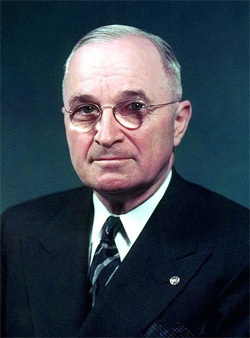 It was November 1950, and Harry Truman was staying in Blair House, a D.C. residence great for hosting guests or staying at when the White House was being renovated. Puerto Rican nationalists Griselio Torresola and Oscar Collazo approached the building, planning to kill the President to raise awareness for their cause. As with most awareness campaigns, they didn’t really think through how this would advance their cause, and it was rapidly dawning on them that they would most likely not be getting out of this adventure alive.

Collazo’s half of the operation didn’t go so great. He pulled the trigger on an officer guarding the house, before realizing he hadn’t loaded the gun properly. By the time he fixed the gun, the man was aware of what was happening, and Collazo got him in the knee instead of the back as planned. Three different Secret Service agents then fired on him, which was presumably the end of Oscar Collazo. Torresola, however, managed to shoot his target fatally. He fired four times into Officer Leslie W. Coffelt, getting him in the chest, which was presumably the end of Leslie W. Coffelt. 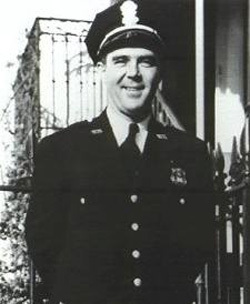 Department of the Treasury
Well, it had to be, right?

Torresola then made his way from the guardhouse to Blair’s entrance, taking down two more officers with non-fatal shots. But before he could get in the house, he got a bullet got in his head. You know how we said Coffelt was shot fatally? We weren’t lying; his wounds would kill him, making him the only person to die protecting a U.S. president (and Coffelt wasn’t even in the Secret Service, just a White House police officer). But first, he crawled out of his guard booth, killed Torresola with one shot, then crawled back and blacked out.

Truman was upstairs during all this, and he went on with his day afterward, saying, “A president has to expect those things.” Collazo, despite being shot a bunch of times, actually did survive the adventure. A judge sentenced him to death, then Truman commuted that to life, and President Carter later commuted the sentence altogether and released the man to Puerto Rico. Truman claimed that the assassination attempt actually moved him to reconsider Puerto Rico’s status. Then he pushed for a referendum in which Puerto Rican independence wasn’t even an option, so we guess that was just some classic Truman trolling.

On the afternoon of January 11, 1992, high school senior John Thompson was doing some work on the farm. He lived on a 1,600-acre property in a North Dakota town of 100 people, and no one was anywhere close when he got to work that Saturday. Both parents were out of town visiting relatives, so it fell to him to shovel the barley by himself. The grain moved thanks to a shaft powered by his tractor, a shaft that turned about 17 times a second. All was going great until he slipped on some ice and fell against this rotating shaft, and it tore off both his arms. 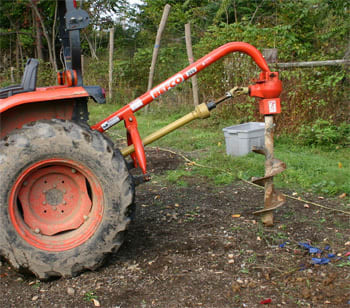 SB_Johnny /Wiki Commons
Shame this should happen to such an innocent kid. He was totally armless.

6 Celebs The World Used To Think Of Totally Differently

West Virginians Want To Tear Down Confederate Statues, Replace Them With Mothman

Jesse Ventura Running For President Would Be Bonkers