Former world champ Rob Cross rode his luck at times to top Group 21 of the PDC Home Tour on Thursday night with three wins from three.

The Premier League star was let out of jail by Dimitri Van den Bergh in his second game, as the Belgian who is residing in Peter Wright’s house for the duration of the lockdown, had a doubling disaster.

The Englishman then became the first player in the tournament to recover from a 0-4 deficit to win 5-4, as he pulled off a remarkable comeback against Karel Sedlacek.

The reigning Matchplay champion made the perfect start to the evening, storming into a 4-0 lead before sealing a 5-2 win against William Borland.

The Belgian star seemed to adopt the ‘anything you can do, I can do better’ approach, responding to Cross’ win by beating Sedlacek 5-1.

After Sedlacek and Borland were on the receiving end of heavy defeats in their respective opening games, they were both in need of a win to keep their hopes alive when they met in the third tie of the night. It was the Czech star who seized the opportunity with a seismic 5-0 win.

Cross and Van den Bergh then met in a top-of-the-table clash. It started slowly, but quickly gathered pace as neither player yielded on his own throw leaving it finely poised at 3-3. Snakebite’s lodger then missed four shots at double to break throw, as Cross took a 4-3 lead.

But the Belgian battled back, and had a match dart but couldn’t take his chance. Despite a 10-point inferior average and not even getting a dart to break throw in the match, Cross took the 5-4 victory.

I’m not sure even Rob Cross knows how he has won that!

Somehow, despite averaging 10 points less and Dimitri van den Bergh missing countless darts to break, he gets over the line 5-4 and makes it back-to-back wins. #UnibetHomeTour pic.twitter.com/B6SWo0dZ2Q

The Dream-Maker was left scratching his head, but knew he still had a fighting chance if he won his last game. However, he was shocked by a resurgent Borland who hit two 11-dart breaks of throw for a 5-3 win.

Sedlacek then stormed into a surprise 4-0 lead against Cross, and missed a match dart for a 5-0 clean sweep to top the group. From there, Cross clicked into gear, hitting a maximum in five consecutive legs to pull off a 5-4 victory.

The action continues on Friday evening, with world No 10 Ian White headlining the group.

Sky Sports – on the go! Available to download now on – iPhone & iPad and Android 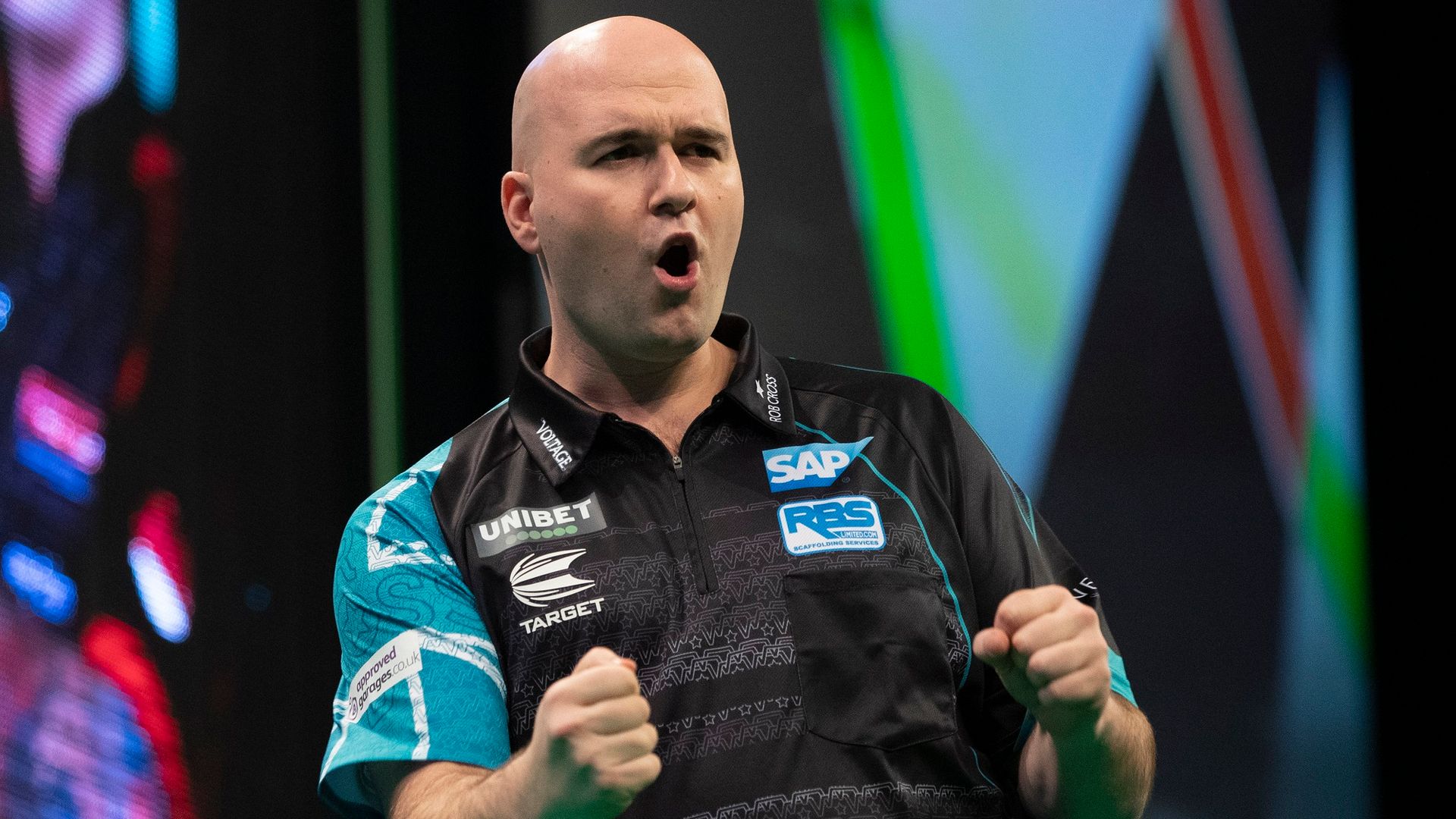